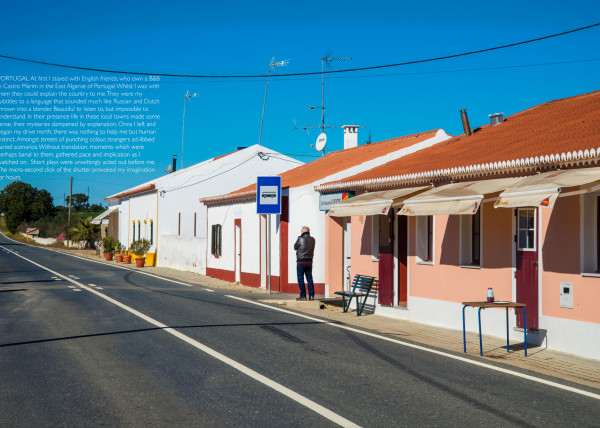 PORTUGAL At first I stayed with English friends, who own a B&B in Castro Marim in the East Algarve of Portugal. Whilst I was with them they could explain the country to me. They were my subtitles to a language that sounded much like Russian and Dutch thrown into a blender. Beautiful to listen to, but impossible to understand. In their presence life in these local towns made some sense, their mysteries dampened by explanation. Once I left and began my drive north, there was nothing to help me but human instinct. Amongst streets of punching colour, strangers ad-libbed varied scenarios. Without translation, moments which were perhaps banal to them, gathered pace and implication as I watched on. Short plays were unwittingly acted out before me. The micro-second click of the shutter provoked my imagination for hours. 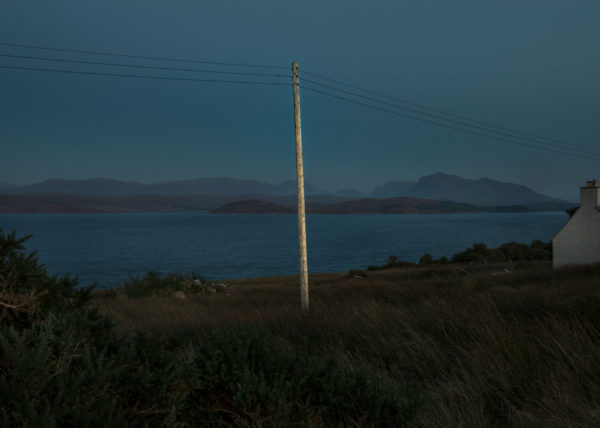 Each year I go away with an old friend of mine, Ramsay Gibb, a gifted painter of land and seascapes. He gently leads me from my comfort zones and prods my mind, lovingly, to reconsider ideas and feelings that have sat in my soul throughout the year like silt on a river bed. In 2016 we travelled up to Loch Ewe to wild camp, before visiting a quiet shore on the Isle Of Skye. My journeys with Ramsay always change the way I feel and think, and there is no medicine on earth that can elicit the uplift I feel when I've spent the week watching and listening to a world far way from Manchester where I live. 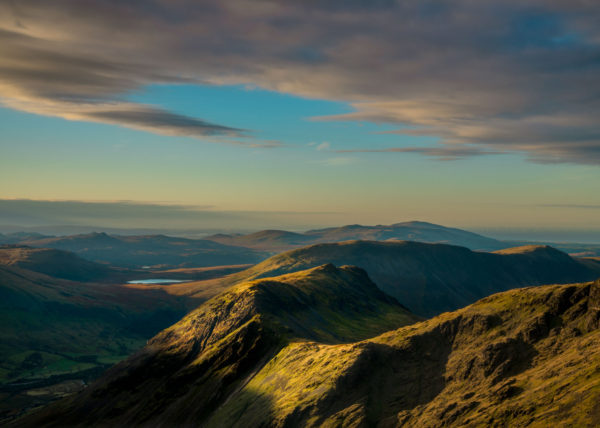 The only way to be on the top of a mountain at sunrise is to be there before it begins, and so I camped overnight under the stars most of the way up, and then walked towards the summit as the first inkling of light began in the sky above. I've begun to learn that there is no such thing as silence. Even in the almost total absence of noise your head brings sound to the mind. In the case of being far away from traffic and gabbling street babble, the intensity of apparent peace is such that your ears crave every click of sheep's foot on bracken, every raw caw of a crow, every blow of breeze across rubbled stone. There is as much to hear in quietness as there is on a Tokyo street, if you really listen. 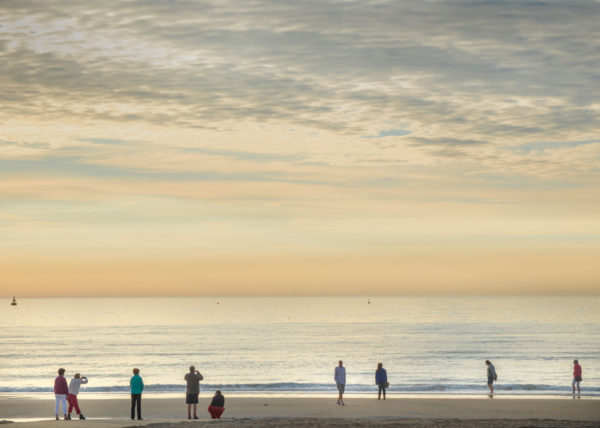 50 miles of beach. Skies as big as your imagination when you were six years old. My girlfriend at one point felt the need to run straight into the sea without bothering to change into a swimming costume. For some reason I followed her and threw myself into the foam and froth of the North Sea. Away from the sands people work, drink and strut just like anywhere. I like Belgium very much.

NORTH CAROLINA These pictures were taken on a trip to North Carolina, taking in the area around the Blue Ridge Mountains, Charlotte and Asheville. I'd not been to the USA for a while, and, like a lot of people, had become used to it through news and box sets. I'd also forgotten how vast and beautiful it is. I had a friend from New England who asked me why I was going there, as it was full of bigots. That may be the case but, thankfully, I didn't knowingly encounter any. Instead I drank Moonshine with a man called Tracey, played pool in a place that, despite only having 1200 inhabitants, deemed itself a city, and fell in love with Asheville, a town awash with micro breweries and artists. I found the kindness and politeness almost wrong footing. Sometimes, when it comes to advice, it's best go see for yourself. 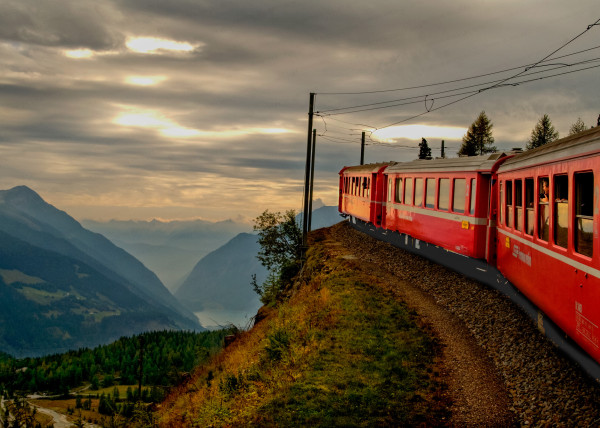 SWITZERLAND I've been to Switzerland several times now. I can't know what it's like to live there, and maybe if I did I wouldn't find it as beguiling as I do. The Alps have provided me with life long memories and I find that I simply can't find adequate adjectives to describe the colours and wonder. It may be, for example, that we simply haven't thought of the word yet to describe the peculiar colour of Lake Brienz near Interlaken. And how can you express, in full, how you feel when standing on the summit of the Jungfrau or the Schilthorn, watching nature at its most extraordinary. Perhaps this is why the Swiss are so particular and conservative, they're simply overwhelmed by magnificence and so have retreated to a simple life. 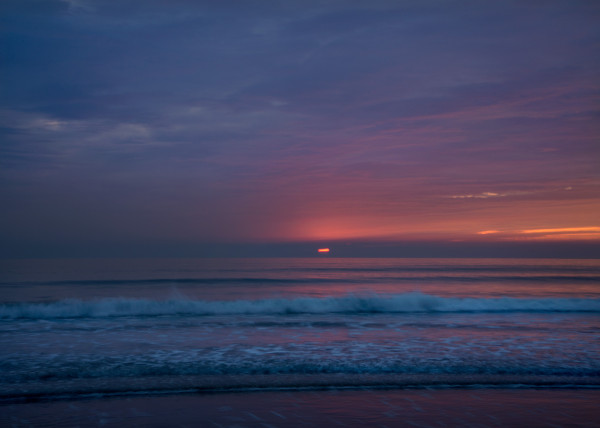 These images are from a journey to Snowdonia, just as Autumn was turning to the early stages of Winter. It's an area of great diversity, from coastline, to ancient town, to astonishing landscape. It's beautiful enough for it to be considered as one of the most extraordinary landscapes in Europe. It's not easily reached, there are only A roads into the region, and this is what guards it from being overwhelmed by visitors. I'd gone there with an old friend from art college, the landscape painter Ramsay Gibb. We followed clouds and light, meaning our time there was entirely governed by capricious weather. We were out before dawn and refused to come back to our cottage until after the sun had departed. From this trip has come the idea for a joint project based on Holy Island in Northumberland. There is much to be said for peace.